RANSOMWARE ACTIVITY IS INCREASING THROUGHOUT 2016

Ransomware is becoming quite a common method of cyber extortion for financial gain.  This is a type of malware that prevents users from accessing their files, applications or systems until a ransom is paid, usually using an anonymous currency such as Bitcoin. While individual computer users have long been targets of ransomware, over the last couple of years, the threat has expanded. Ransomware has been in mainstream media of late due to attacks against organisations such as hospitals.

It’s important to note that not all ransomware operates the same way. The file-encrypting type is probably the most dangerous.  Not only have you lost access to your own files, but this data often contains confidential material, and the perpetrators technically do have full access.  The issue is made worse however because paying the ransom offers no guarantee that the files will be unlocked.  Ultimately, making frequent backups is by far the best defence against ransomware.

Since the average figure demanded is relatively low, usually only a few hundred dollars, the attackers tend to spread the attack quite far, and just randomly to maximise their potential gains.  These are usually in the form of emails with malicious attachments, or links to malicious websites. 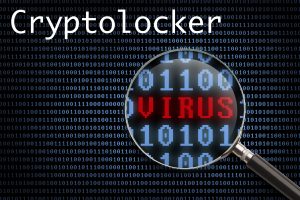 Through this increase in ransomware activity from mid-2015 to early 2016, there has been a myriad new variants of the attack.

We continue to see sustained distribution of many well-established ransomware families used in mass infection campaigns. In many cases these renowned variants, such as CryptoWall and TorrentLocker, spawned updated versions with improved encryption capabilities and obfuscation techniques. These established attacks will continue to be a significant threat to global enterprises as malware functionality, encryption techniques, and counter-mitigation measures are adapted and introduced into new versions. Examples include:

We have also seen several new ransomware variants that use a range of new tactics.  Based on increased growth, we expect ransomware developers to continue developing variants with novel features in order to expand their targets

Where to from here?

We expected to see the ransomware threat landscape increase from levels observed in 2015, and sadly we have been right. Cyber extortion has gained notoriety and momentum, with huge profits from highly publicised campaigns spreading among cyber criminals. Recent campaigns in which victims paid the ransom reinforce the success and popularity of this particular attack method.

One of the most worrying threats is the deployment of ransomware after the attackers have already had access to the network. In these cases, attackerscould conceivably conduct reconnaissance and even disable or delete backups, or identify systems that are most critical to an organisation’s operations before deploying the ransomware.  To increase the difficulty of such an attack, enterprises are encouraged to properly segment networks and implement strong access controls. In addition, companies should evaluate backup strategies regularly, and test those backups to ensure that recovery is successful.  As always, “offline” copies of backups should be stored offsite in case onsite backups are targeted.

Overall, the best way to stay protected is through education.  Emails that insist you change settings so you can read them, or ask you to follow a links to access information should be heavily scrutinised.  Do you know the sender?  Is it likely that person would be trying to share files with you that require you accessing a website to get them?  Commonly we say the malicious emails appear from a courier company, or Australia Post telling you a package is waiting for you, and click here fore details etc.  Also we have seen emails claiming to be from the Australian Federal Police (AFP) asking you to appear in court.  We have also seen others appearing to come from your local council and is referring to parking fines and things like that.

Make your staff aware of the real risks of an infection like this, and encourage them to not take the risk opening those 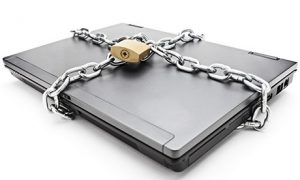 attachments.
As soon as you notice the infection, shutdown your PC.  If you are on a network and you leave the system running, these infections will spread to the server rendering that data useless.  The sooner the infected machine is switched off, the less impact it will have.

If you do find yourself a victim of one of these attacks, contact the team at eStorm immediately so we can get you back on track. In saying that, prevention is always better than a cure, so call us so we can make sure your backup strategy is comprehensive enough to minimise the impact of an attack like this.