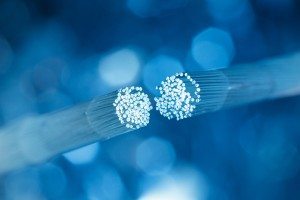 This country is home to some very high-tech businesses, and we can access some outstanding services with the quality of internet currently available. Compared to the rest of the world, our download speeds are ok. In the very long and annoying argument about the National Broadband Network, we’re all getting caught up talking about downloads, and for business at least, it’s uploads that really matter.

Australian Bureau of Statistics Internet Activity data shows that Australians are downloading nearly an entire exabyte of data, one million terabytes, every quarter.

Over two million Australians get download speeds of higher than 24Mbps, and another 6.25 million get between 8 and 24Mbps. When you’re watching cat videos on YouTube, downloading a game from Steam, or getting the latest episode of Game Of Thrones (from iTunes or another paid service of course), these speeds are acceptable.

So what does this means? Well, our download speeds are ahead of the world average, although the gap is closing. But each year since 2008, we have been falling further and further behind in upload speeds. Where we once placed 48th in the world for uploads, we’re now 100th.

When YouTube launched in 2005, I had an ADSL connection. I had around 6Mbps download, and around 800k uploads. This was fine for sending email, or uploading a short video… but it’s over a decade later… and while my downloads are now up to a whopping 12Mbps (sarcastic tone required), my uploads are… yep… around 800k. People all over the world are now uploading High Res footage to YouTube. I won’t be doing that from home any time soon. My phone can shoot more bytes worth of video data in a second than I can upload to YouTube in one minute.

With the roll-out of NBN, upload speeds will improve. Even the most basic NBN service should get a minimum download speed of 25Mbps and, more importantly, an upload speed of 5Mbps. But the disparity between those speeds is, when talking about the internet, pretty big.

So while NBN takes us forward, it’s still not going to be the best solution for all businesses… especially those embracing the advantages of cloud services. Add to that the fact that most people don’t have access to NBN yet.

The good news is that if you want to use cloud services, you don’t have to wait for the NBN to get to you. There are better services already available now.

We have plans available that give you upload speeds ranging from 10Mbps all the way up to 1Gbps.

If you want to know what internet connections are available to you, please get in touch with the eStorm team. We can perform a site qualification and give you an obligation free quote.