Google recently announced plans to introduce new internet browser tools in the coming months that limit how a users’ web activity is tracked by advertising companies while delivering greater insight into why they are targeted by certain ads.

“Our experience shows that people prefer ads that are personalised to their needs and interests—but only if those ads offer transparency, choice and control,” said Prabhakar Raghavn, Google’s senior vice president for ads and commerce, in a recent blog post.

The new feature would allow Chrome browser users to delete cookies, which are the virtual trackers that websites and businesses use to document your browsing behaviour for data collection and re-marketing purposes, without also removing the cookies that remember passwords and enable easy login for websites, Google said. This announcement comes amid a time where increased public scrutiny is forcing Silicon Valley to be more transparent.

Google also mentioned a separate add-on, which will work across multiple browsers, that lists businesses involved in delivering ads to users, which also included intermediaries who are between the advertisers the publishers.

For many years, Google has endeavoured to make a more secure web by recommending that sites adopt HTTPS encryption, as well as helped users understand that HTTP sites are not secure by marking larger subsets of HTTP pages as “not secure”.

Commencing this month, July 2018, with the release of Chrome 68, Chrome will mark all HTTP sites as “not secure”.

Developers have been converting their sites to HTTPS and making the web a safer place for everyone, which has resulted in:

Chrome is striving to make the setup and conversion to HTTPS as easy as possible. Mixed content audits are now available to help developers migrate their sites to HTTPS in the latest Node CLI version of Lighthouse. Lighthouse is an automated tool for helping to improve web pages. The new audit in Lighthouse helps developers locate the resources a site loads using HTTP, and which of those are ready to be upgraded to HTTPS by simply changing the subresource reference to the HTTPS version.

The new Chrome interface will help move the web towards a secure HTTPS web by default by helping users understand that all HTTP sites are not secure. HTTPS unlocks both performance improvements and powerful new features that are too sensitive for HTTP, all while being cheaper and easier than ever before.

Developers can view Google’s set-up guides here to get started.

If you have any security or network concerns, you can learn more about what network security is and the benefits of securing and monitoring your network.

eStorm Australia is an IT managed service provider headquartered in Brisbane. We partner with your business and provide IT solutions and services that suit your specific requirements. Our solutions include a variety of services that are critical to overall business success and competitive advantage.

In need of our other IT support and managed services? We specialise in Managed Cloud Services, IT Support Services, Managed Network Services, Business Telephony, Hardware and Software Procurement and Education Services.

Today Google have released their first Wifi Router for homes, the Google OnHub, designed to improve internet speed and guide the future of Wifi connectivity. 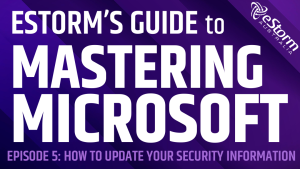 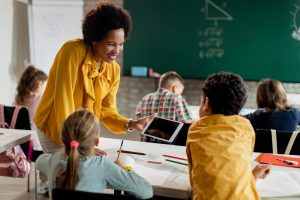 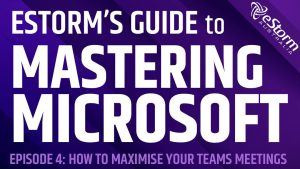